The dog training reward system is  one of the oldest methods of dog training. It is possible that reward training for dogs has been around as long as there have been dogs to train. Early humans used some informal kind of reward training when taming the wolf pups that evolved into modern dogs.

Principles of modern reward training date back many decades. However, “reward dog training” has enjoyed popularity for the past 10 or 15 years.

Most reward training uses some sort of food reward, or a reward that is associated with getting food. In most cases, complex behaviours can only be taught using this kind of positive reinforcement. You will find that the people who train dogs for movies and television use reward training almost exclusively.

Reward training is used in all forms of dog training, including police work and military applications. Most scent detection, tracking and police dogs are trained using some form of reward training. Reward training is also a very effective way to teach many basic obedience commands.

After the dog has performed the desired behaviour, it is given a reward, also called a positive reinforcement. Treats are often used as reinforcers, but praise, such as “good dog” or a pat on the head, can also be effective rewards.

Many dog trainers make the mistake of only training the dog inside the house or back yard, and only when the handler is there. In order to become a reliably trained companion, the dog must be taken outside the confines of its safety zone and introduced to novel situations. 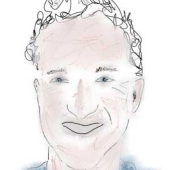 Hi there, hope you're enjoying the free dog training articles and videos on my site. I'm a dog trainer and yoga teacher based in West Wales, UK.

How to Write a Dog Training Plan: 3 Easy Steps

Dog Lead Training Tips: To Lead Or Not To Lead

The Dog Training Planner is a really easy way to create dog training plans for professional and amateur dog trainers.